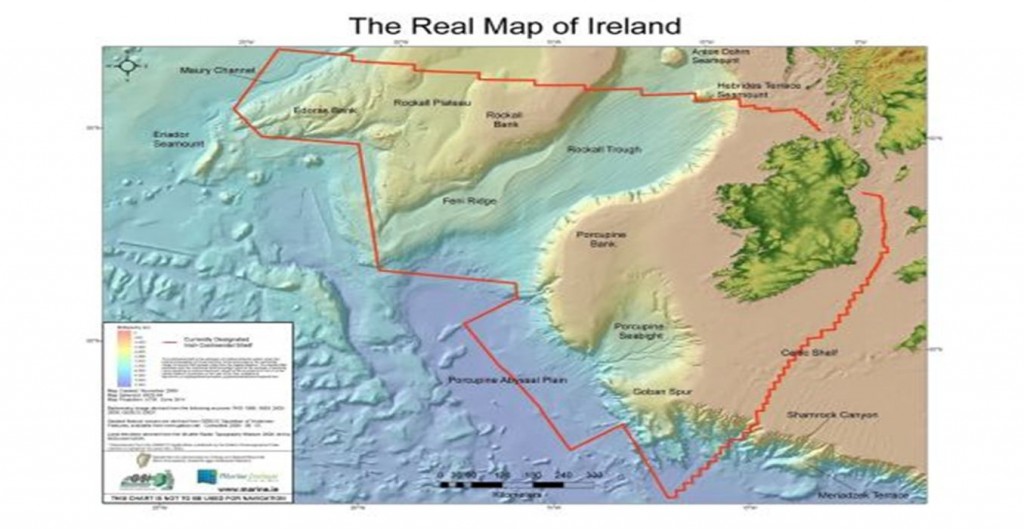 TAKE a look at the “new” map of Ireland, the image which shows we own quite a bit more of the sea floor than previously thought. The final results of a seabed survey, carried out by the Marine Institute and the Geological Survey of Ireland, are still being finalised, but Ireland can lay claim to 220 million acres of seabed — gaining a significant amount of territory, primarily off the south-west coast. Some of the new seabed area is more than 3km below the surface. The map will be included in the Folens/Phillips New Irish Primary Atlas to be used in classrooms around the country this autumn. In addition, an educational programme entitled Explorers, which has been running in 40 schools in Galway and which looks at various aspects of marine life, will be extended on a pilot basis to schools in Dublin in the coming school year. Dr John Joyce, communications manager with the Marine Institute, said while some finer details from the survey are still being processed, the new section off the south-west of the country that was added to Ireland’s continental shelf was ratified last year by the United Nations Convention on the Law of the Sea (UNCLOS). The map was made using acoustic and laser technology from a variety of research vessels, survey ships and airborne platforms. “We have a very detailed three dimensional map of Ireland’s underwater geography,” Dr Joyce said. He said one of the main reasons for the survey was to define where the continental slope meets the abyssal plain, the boundary at which coastal nations can lay a claim to parts of the sea floor. Details of the sub-bottom geology analysis — the murky depths, to you and me — have yet to be finalised. This appeared in the printed version of the Irish Examiner Friday, August 20, 2010 (By Noel Baker)