When stock was taken of the restoration settlement, Catholic land owners were better off than they had been under Cromwell, but they had recovered only a fraction of their original estates. In 1641, before the war began, they owned about three fifths of the land. At the end of the restoration period they owned a little more than one-fifth. They resented the settlement as a breach of faith with Charles 11, and were ready to take the first chance of upsetting it. In later years Dean Swift was to sum up their attitude: ‘The Catholics of Ireland …. lost their estates for fighting in defense of their king. Those who cut off the fathers’ head, forced the son to fly for his life , and overturned the whole ancient frame of government … obtained grants of those very estates the Catholics lost in defense of the ancient constitution, and thus gained by their rebellion what Catholics lost by loyalty’. However, worse was to come, after the Williamite wars and the treaty of Limerick (1691), an age of austerity was put in place for native Irish Catholics through the Penal Laws. 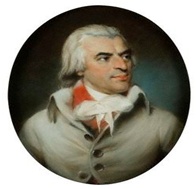 Ostensibly the aim of the anti-Catholic laws was to eradicate the catholic religion in Ireland, but in fact, apart from the sporadic outbursts of prosecution, the penal laws were allowed fall into desuetude from about 1716. The penal laws which were enforced, however, or which were automatic in their operation, were those which debarred Catholics from parliament, from holding a government office-high or low – from entering the legal profession, and from holding commissions in the army and navy. This resulted in a great number of professionals changing over to the established church. As Catholics still owned about 14% of Irish land, a system was devised, by act of parliament in 1704 and 1709, which forbade Catholics to buy land at all, or to take leases for longer than 31 years and which at the same time brought many pressures, inducements, and prohibitions to bear, that by 1778 scarcely 5% (1m acres) of Irish land was left in Catholics hands. In the

meantime for one reason or other most of the Catholic landlord had gone over to the Established church (Church of Ireland). By 1778 catholic proprietors owned but £50,000 a year of the total rentals collected in Ireland, then calculated at £1,000,000.

Sir Arthur Young – the famous English Agricultural Journalist, in his book ‘A Tour of Ireland 1776-1779’ had this to say after his tour on the subject of land rents: “There are very few countries that do not experience the disadvantage of remitting a part of their rents to landlords who reside elsewhere; and it must ever so while there is any liberty left to mankind of living where they please. In Ireland the amount proportioned to the territory is greater probably than in most other instances; and not having free trade with the kingdom in which such absentees spend their fortunes, it is cut off from that return which Scotland experiences for the loss of her rents”. The total according those figures came about £1,000,000 per year, at a time when Ireland’s GNP was ~£3,000,000. “This total (of £1million) is certainly an amazing drain upon a kingdom cut off from the re-action of free trade; and such as one as must have a very considerable effect in preventing the natural course of its prosperity. ————The landlord at such a great distance is out of the way of complaints, or, which is the same thing, of examining into, or remedying evils, miseries of which he can see nothing, and probably hear as little of, can make no impression”. 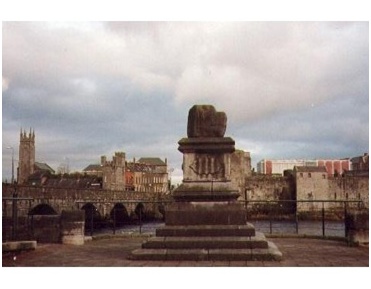