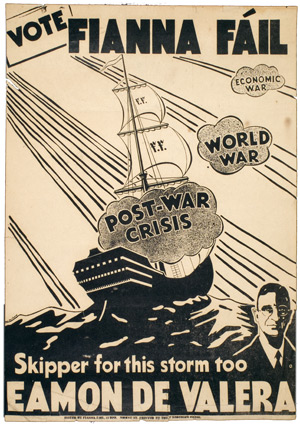 The appalling weather conditions of 1946 and 1947, which some of us can remember, did nothing for the morale of the Irish people. The scarcity of materials, and shortage of convertible currency owing to the sterling crisis did not help. The general election of 1948 marked the beginning of almost a decade of volatile politics. In 1948 James Dillon became Minister for agriculture in the first inter party government.  He was the son of Irish Party M.P. and Land League founder, John Dillon. The new minister favoured a florid parliamentary style, which was in marked contrast to the two previous Ministers in the previous de Valera governments. The first announcement made by Dillon was that the compulsory tillage would end in the Autumn of that year. This was entirely in keeping with his economic philosophy – during his years in the opposition benches he had been extremely critical of what he regarded as un-due intervention in economic matters by Fianna Fail. In November 1948 Dr. T.F. O’Higgins, who was acting Minister for Agriculture in Dillon’s absence, noted ‘If the present Minister for Agriculture did nothing else for agriculture: he made the farmers of this country free men, the owners of their land and free to work it their own way’ By June of 1950 he (Dillon) informed the Dail that he had ‘ sought to crystallize the agricultural policy of this government in the aphorism’: “One more cow, one sow, one more acre under the plough”.  Resumption of butter exports became possible in the early 50s’ but amounts of exports were small – mostly surplus for which there was no storage because the bulk of manufacture was now more than ever a summer operation. Despite the continuation of a mild form of rationing, some New Zealand or Danish butter had to be imported for winter use. A New Zealand grassland expert, G.A. Holmes reported to the Irish Government in 1948: “Let me say, first of all, that there is no area of comparable size in the Northern Hemisphere which has such marvelous potentialities for pasture production as Eire undoubtedly has …… In eight of the twenty six counties I have seen old pastures with density, colour, composition, and grazing capacity superior to anything in Western Europe, their quality being proved by the excellence of the cattle on them. In some of the same counties ……….I saw hundreds of fields which are growing just as little as physically possible for the land to grow under an Irish sky”. Source: Report by G.A. Holmes on the Present State and Methods for Improvement of Irish Land.

When Fianna Fail returned to government in 1951 it made a determined effort to reverse the decline of tillage, placing special emphasis on wheat.  A memorandum to government from the Department of Agriculture shortly after getting into office stated that ‘it is Government policy to encourage maximum tillage. The real danger is, however, that in view of the high prices now obtaining for cattle and other livestock, farmers may reduce their tillage area still further reducing employment on the land. If farmers reduce their tillage area it would be extremely difficult to increase tillage at a later date without resort to compulsion. During the depressed economic circumstances of 1957 several members of Fianna Fail wrote to de Valera, suggesting that a new drive for agricultural self-sufficiency offered solutions to the unemployment crisis, but by then enthusiasm had waned, at least among the party leaders.  Net agricultural output rose by 17.7 percent between 1949/51 and 1959/61, yet the 1958 figures were only two per cent higher than the 1912. The number of men involved in agriculture had reduced by 93,000 in more or less the same period and the rate of emigration returned to a level last experienced in the 1880s’. Meanwhile post-war Britain was enjoying full employment and there were unlimited jobs available for Irish emigrants as building labourers and domestic workers.  Most countries in Western Europe experienced a similar decline in the numbers involved in agriculture. However, in Ireland as well as Southern Europe, manufacturing industry failed to provide alternative jobs.

One theme that begins to feature during this period is the potential conflict between economic development and social objectives, such as preserving the family farm. In 1945 James Ryan, the Minister for Agriculture, noted that ‘we are up against a sort of conflict between the social and economic aim. The social aim is put as many people as we can on the land, the economic aim is to give the farmer a better living. It is doubtful if we can get the two policies to coincide’. Professor Mary E. Daly summarises the thirteen years immediately after the Second World War as follows: ‘The years between 1945 and 1958 have probably been regarded in an unduly critical light. In the Department of Agriculture there was a shift from the introspective atmosphere of the 1930s and the war years. Many Irish agricultural scientists travelled to the United States under ERP technical assistance, and the Department became involved in international organistions such as Organization for European Economic co-operation (OEEC), and the United Nations Food and Agricultural Organisation (FAO). These contacts created greater awareness of scientific and economic trends in other countries, which resulted in a more critical assessment of domestic policies’.

A New Beginning For Irish Farmers through Research & Development 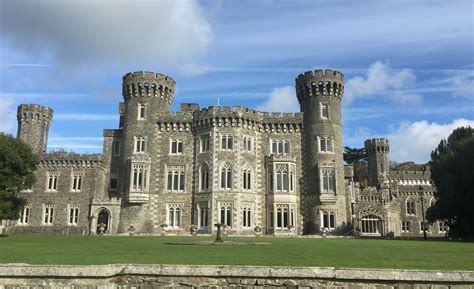 “There is little doubt that human Nutrition is the most important problem confronting mankind at the present time. The problem is one of both quantity and quality. It is estimated that at present two-thirds of the world’s population, of 2,800 millions are underfed and this population is increasing by geometrical progression at a rate that will double in the next hundred years.” Ref H.M. Sinclair D.M., M.A., B.Sc; M.R.C.P.; L.M.S.A. in a Foreword to Andre Voisin’s Book Soil, Grass and Cancer  – 1959. Now the world 50 years later certainly Sinclair’s estimate has proved a somewhat conservative, as it has reached 7 billions. Through the massive switch to Chemical fertilizer, water, farming and food mechanization the world hunger situation has somewhat abated, even though it has grown by over 4 billion – 143 percent in half a century. President Roosevelt was the first world leader in 1938 to warn about the depressed yields and quality of the food from U.S. crops; detrimentally affecting “the physical and economic security of the people of the nation.”.

Voisin was a very famous Normandy Veterinary Professor and farmer. In his book he starts off “Remember that you are dust “the dust” of our cells is the dust of the soil. We should frequently meditate on the words of Ash Wednesday; “Man remember you are dust and that you will return to dust” That is not merely a religious and philosophical doctrine but a scientific truth which should be engraved above the entrance to every Faculty of Medicine throughout the world. We might then better remember that our cells are made up of the mineral elements which are to be found at any given moment in the soil of Normandy, Yorkshire or Australia; and if these “dusts” have been wrongly assembled in the plant, animal or human cells the result will be imperfect functioning of the latter. It particularly relates to Phosphorus an non renewable resource, which will be dealt with in detail at a later stage and our own limited Phosphate rock resource here in Ireland.

Voisin was reiterating what our own Professor E.J. Sheehy of Agriculture Faculty in U.C.D had written in his book ‘Animal Nutrition’ 1955. He noted, that from research work carried out, that a lot of the soils in post war Ireland were deficient in phosphate. This showed up particularly in old pasture and the hay or silage made from it. It was more widespread than what people realized. The Professor goes on to note the symptoms of the deficiency which was quite common on farms at the time.: ‘Phosphate deficiency in pasture affects both milch cows and grazing stock. In severe cases the cow’s yield a much reduced quantity of milk, the body becomes drawn up and hidebound, the gait becomes stilted, lameness and cramp set in, and there is a craving for extraneous materials such as sticks, stones, etc, and oestrus is deferred for long periods. The young stock make very slow growth and very poor weight for their age nothwithstanding liberal supplies of herbage. ………….There is some evidence that young horses grazing such land are likewise affected as shown by the development of “ founder”. In all such cases of aphosphorosis the level of phosphorus in the blood of affected stock is below normal’.  This mainly arose because of the difficulties of acquiring rock phosphate during the Second World War and compulsory tillage. However, other deficiencies were common in the Ireland proceeding modern day diet, which is of a international nature and oft time supplemented by the food processor. In the South Tipperary soils are naturally deficient in iodine and in the Glenville area of Co. Cork are deficient in Copper; in the pre and post war era, a lot of people in those areas suffered from the deficiency of those minerals; because they ate mainly the foods produced on their own farms. Dr. Garry Fleming of An Foras Taluntais did a lot of research work in trace elements in the years that followed and with modern crop and animal nutrition most of those problems faded into the background. One of the first most important technical developments was the emergence of ground limestone as a suitable source of neutralizing the large number of acid soils particularly for grain and sugar beet growers. Previously, liming was dependent on expensive and laborious burnt lime got from lime kilns. The Irish Sugar Company did a major lot of development of both lime and fertilizers through soil analyses for the Beet Growers. The Local Agricultural Instructor dealt with the subject in detail in their night classes to farmers and the Interparty government gave a transport subsidy of 16s per ton for ground limestone and £4 per ton subsidy on phosphate fertilizer was introduced in December 1957 under the Lemas led government.

In the 1960s thousands flocked to open days held in the Dairy Research Centre at Moorepark, to hear the latest from Drs Michael Walsh, Dan Browne, Pat McFeely etc on the experiments of cow to 0.8 of an acre, at 220 units of nutrient nitrogen per acre and 400 kgs of feed concentrate plus silage during the winter. Cows had to be taken off the grass paddocks by mid November and grazing started again on the 1st of March. At this particular time the Dutch were using at least double the amount of nitrogen and five times the meals, but their yields were about 50% higher than ours. Drs Jim O’Grady, and Tom Hanrahan were carrying research on the McGukian and Jordan type pig fattening houses, as they were in common use in Northern Ireland at that point in time. Similarly with the beef research unit at Grange Co. Meath under Dr. Joe Harte excellent research work was being carried out.